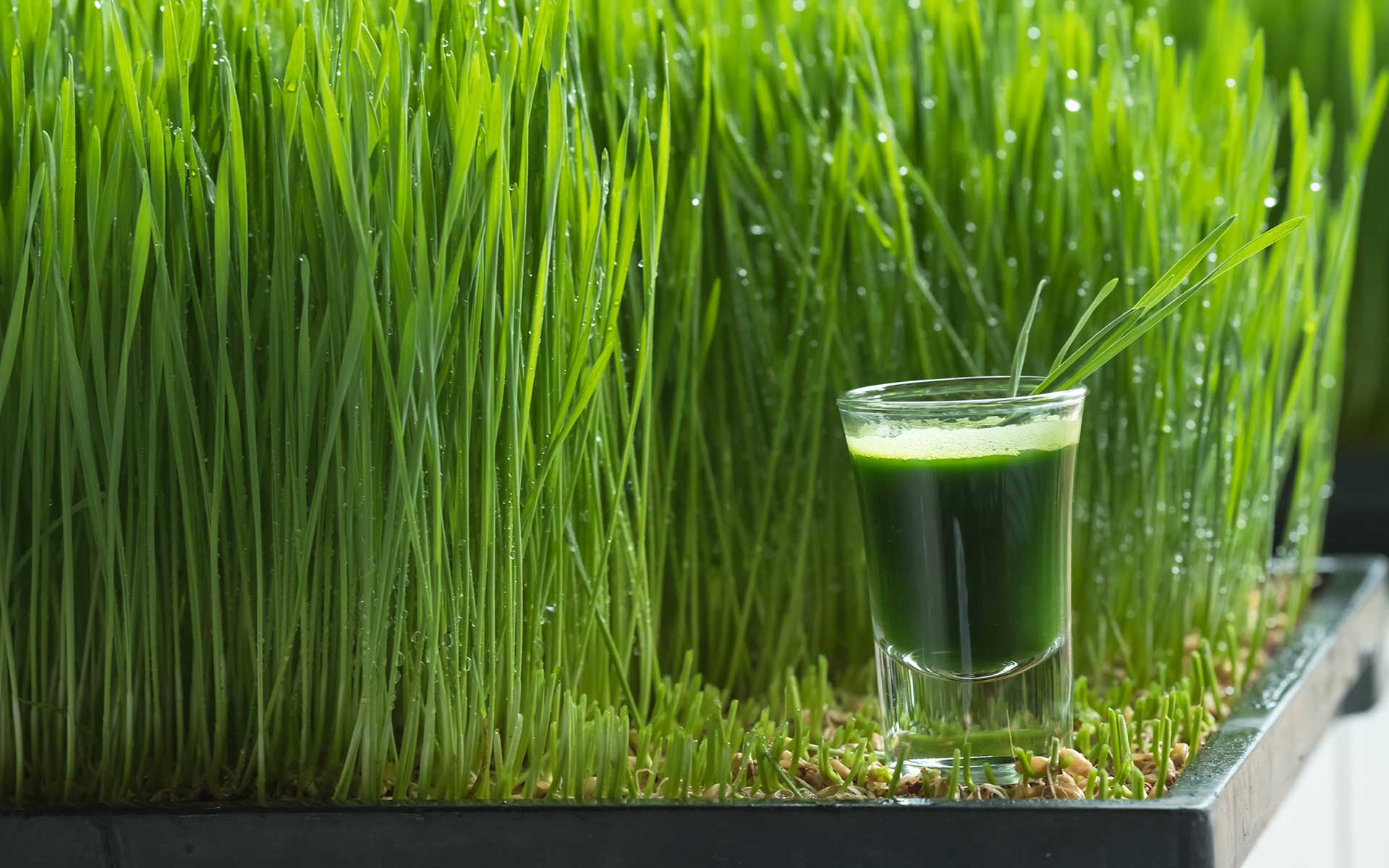 Wheatgrass! You’ve probably heard of and even tried wheatgrass within the last few years as it is highly lauded as a “wonder grass” and a “superfood.” You may have seen it at your local juice bar as a shot or at the health food store in powder or tablet form. It was discovered as a superfood back in the 1930’s and it maintained popularity due to its beneficial effects and healing properties. So, what is wheatgrass and why would you want to eat something that sounds like it came out of your lawnmower bag?

What is Wheatgrass Good For?

Well, wheatgrass is great for you! Wheatgrass is an excellent source of many different vitamins and minerals. It is especially high in vitamins A, C and E which contribute to its antioxidant capabilities. It is also very high in the important minerals iron, magnesium, and calcium as well as essential amino acids.

In the 1930s, agricultural chemist Dr. Schnabel observed amazing results when cattle grazed on wheatgrass. Cattle increased milk production by more than 30%. He found that hens fed wheatgrass went from laying an egg every third day to an egg every single day. The Dr. then began to feed wheatgrass to his family and found that his children did not have any colds or illness that following winter. Wheatgrass sky-rocketed in human studies and eventually became the main ingredient in the “world’s first multi-vitamin”.

Wheatgrass juice contains up to 70% chlorophyll, which is an important blood builder. It was also found to aid in detoxification and diabetes by raising insulin levels. Some research has found that wheatgrass can kill or slow the growth of infections. It has also been used to manage gastrointestinal problems.

At Dripping Springs Pharmacy we carry PINES wheatgrass products which are raw, gluten-free, non-GMO, and USDA organic. True wheatgrass from PINES is grown naturally through cold winters with roots going deep in glacial soil, giving it high-density nutrition. Each serving contains 29mg of chlorophyll and hundreds of nutrients, including carotenoids, pigments, trace minerals, and phytonutrients. You can’t overdose on vegetable nutrition. In fact, the more chlorophyll and antioxidant-rich whole foods in your diet the better. Alkalize your body and live your best life. 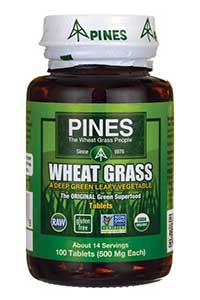