How to Survive Austin Allergies: The Definitive Guide 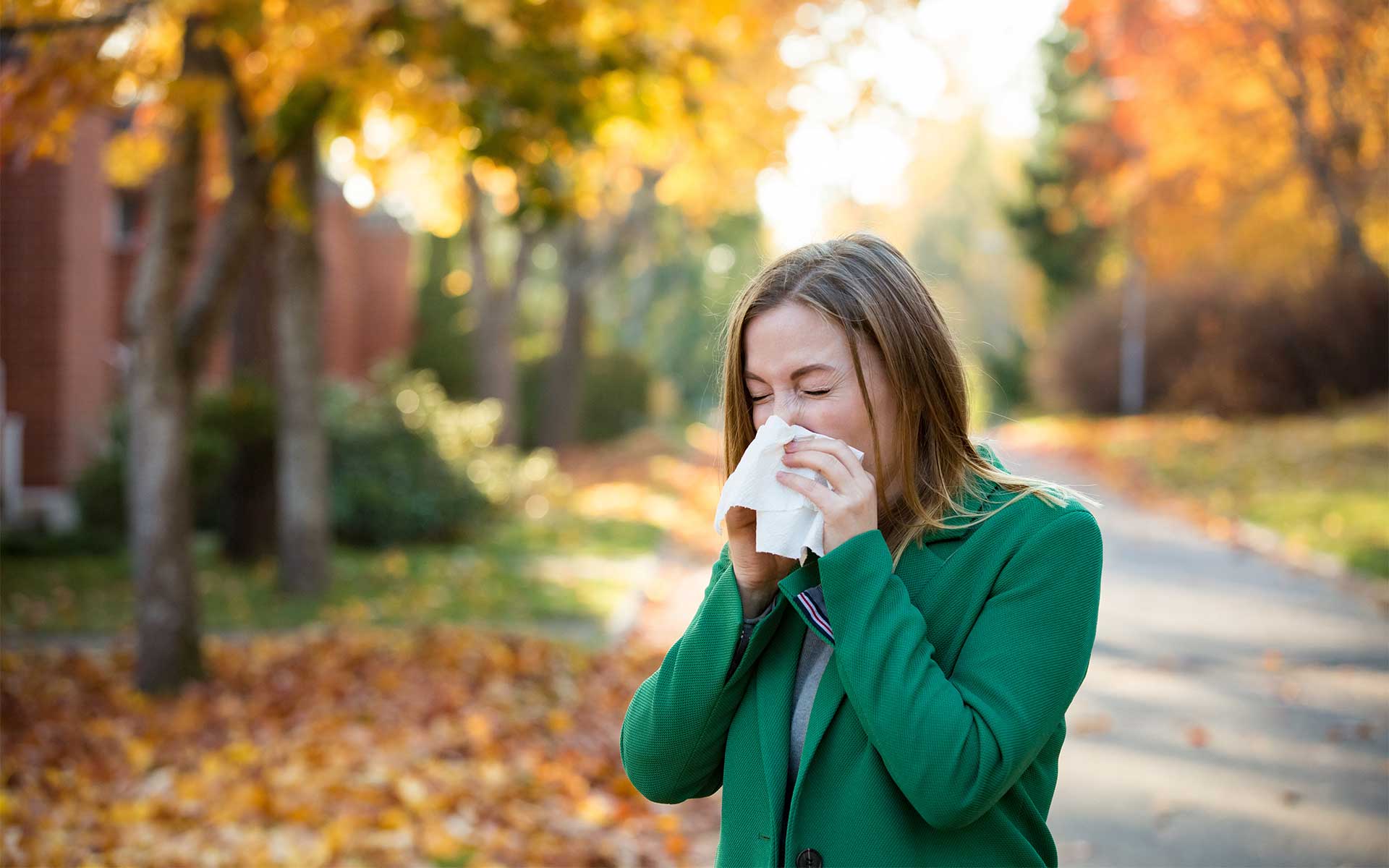 Austin’s explosive growth over the past couple of decades is not surprising. People and companies alike are drawn to the city’s beautiful rolling hills, plentiful waterways, and unique culture. Austin lovers rave about the active lifestyle and diverse food scene, and for good reason! Austin has so much to offer folks of all kinds - including allergies.

Austin allergies are the silent nemesis that often takes newcomers by surprise. Thanks to the many beautiful native grasses and trees in Central Texas, like elm, oak, cedar, and ash, Austin has an allergy problem that leaves few alone. So, today’s post covers all of the most common allergens that affect Austin residents throughout the year, including seasonality, symptoms, and available treatments.

It only takes one Austin winter to learn that cedar fever is no joke. Every year, cedar pollen dominates the Austin allergy forecast, wreaking havoc among allergy sufferers from late December into the new year.

What is Cedar Fever?

Cedar fever is a seasonal illness that affects those sensitive to the pollen released from ash juniper trees, a.k.a. mountain cedar trees. Considering there are over 13 million cedar trees in the Austin area alone, each of which produces 500 billion pollen grains capable of traveling up to 300 miles, it’s easy to understand just how unrelenting cedar fever can be during pollination season.

As temperatures drop across Central Texas in December, so do the millions of pollen spores created by Austin’s plentiful drought-resistant evergreens, marking the start of the cedar fever Austin residents endure from mid-December to late February. As reliable as Zilker Park’s Trail of Lights, cedar fever season takes the city by storm, leaving pharmacy shelves emptied of decongestants and eye drops as Austinites seek some kind of relief from Cedar season’s persistent symptoms.

As cedar allergies dominate the Austin allergy reports every winter, so do its symptoms, which include itchy watery red eyes, nasal congestion, runny nose, post-nasal drip, sneezing, and weakness. Countless are affected yearly, making cedar fever one of Austin’s sneakiest winter threats, as this allergy-causing pollen overwhelms our systems.

Fortunately, there is hope for cedar allergy sufferers, aside from non-specific, generic allergy drugs that may or may not relieve cedar fever’s persistent symptoms. In fact, Martin’s Wellness pharmacists have spent countless hours over many years of research to find remedies that teach your body to become immune to specific allergens, like cedar. These homeopathic treatment options include The Integrative Healing Institute’s CedarX formulations, like CedarX essential oils, CedarX drops, and CedarX oil allergy formulas.

These Texas cedar fever drops and oils work to build an immunity to cedar pollen over time, and they have helped countless sufferers find relief during Austin's dreaded cedar fever season.

Unfortunately, although one of the most prevalent, cedar pollen is not the only allergen commonly listed in Austin allergy reports. Central Texas’ lush landscapes are home to numerous other tree and grass pollens, as well as pesky mold spores that persist throughout the year.

Molds are among the few environmental allergens not dependent on a season. Rather, mold growth depends on wet weather, and these spores can grow inside or outside - as long as there is enough moisture to support growth. So, if it’s sunny out, with low humidity, mold allergens can lessen in the atmosphere.

Mold is present to varying degrees all year, with higher counts in summer and fall.

Mold allergies cause your immune system to overreact when airborne mold spores are breathed in through the nose. A mold allergy can cause sneezing, a runny or stuffy nose, cough and postnasal drip, itchy and watery eyes, or dry, scaly skin. In some people, a mold allergy is linked to asthma, and exposure causes restricted breathing and other airway symptoms.

Individuals suffering from mold allergy symptoms can find relief with over-the-counter medicines that manage the symptoms previously described. There are also homeopathic remedies available, like Allergena’s Mold Mix, that can help reduce the body's negative reaction to mold allergens.

Grass pollen is caused by various types of grass that can peak at different times, depending on your geographic region. Like all plants, grasses need to reproduce, so most grasses produce fine pollen dust that disperses in the air. Unfortunately, grass allergies are common and affect countless Americans every year.

Central Texas has plenty of native grasses that cause allergic reactions in people throughout the year. Grass allergy season in Austin can last from March to September, with the highest counts typically appearing in May and June when the temperatures are hot and airy, and lawns are frequently mowed.

Grass pollen can cause symptoms that are typical of many allergic reactions, including a runny nose or nasal congestion, postnasal drip, excessive sneezing, coughing, itchy and watery eyes, rashes or hives, or difficulty breathing.

It’s critical to determine which grasses are causing allergic reactions, which can be accomplished through allergy testing. Understanding which grass varieties are responsible for symptoms can help narrow your treatment options to specifically target the offending grasses. You can also help manage grass allergies by minimizing exposure outside, removing shoes before entering the house, and keeping your lawn cut short.

Oak pollen is especially visible and problematic in Central Texas, as it coats everything outside in a fine yellow powder.

Oak pollen season arrives with spring, typically beginning towards the end of February and peaking in April. As mentioned, oak allergy Austin is most often signaled by a dusting of yellow pollen on every outside surface.

Oak allergies in Austin are prevalent, and symptoms usually include a stuffy or runny nose, sneezing, coughing, and red, watery, or itchy eyes. Some people may also experience an itchy throat or nose, fatigue, and dark circles under the eyes.

Like other tree allergies, oak pollen allergy symptoms can be treated with medication. However, many also respond well to allergy therapies, where the allergen is gradually introduced to the body in drops (via the immune system) to build immunity.

The pecan tree is the official state tree of Texas. This majestic deciduous tree produces seeds (i.e., pecans!) that are eaten and enjoyed by many in the area. However, the pollen produced by pecan trees is second only to ragweed as a source of severe allergies in Texas.

Pecan tree allergy season begins in mid-spring, typically around April, with pollen counts typically peaking in April or May before gradually tapering off.

When your immune system reacts to pollen from pecan trees, symptoms often include runny nose, coughing, congestion, sneezing, scratchy throat, itchy or watery eyes, and aggravated symptoms if you have asthma.

During peak pecan tree allergy, keep your windows and doors closed, especially on windy days. Also, avoid outdoor activities in the early morning and shower and change clothes after coming indoors. Over-the-counter medications can help alleviate symptoms associated with pecan tree allergies. However, sufferers that grow tired of managing symptoms can also treat the cause with immunotherapy drops that gradually increase immunity over time.

Elm tree allergies in Austin pick up where cedar leaves off, causing allergies to spike when elm trees start blooming, signaling the pollen to come.

Elm trees bloom in February and continue to release pollen into late March.

Symptom management is helped by limiting exposure outdoors as much as possible, removing shoes when entering the house, and laundering and changing clothes often. General symptoms can be managed with over-the-counter medications, while treatment with specifically formulated immunotherapy drops can help your immune system overcome symptoms permanently over time.

The white ash tree is native to North America, specifically north of Mexico - that’s Texas! White ash trees are beautiful, especially when their leaves change in fall. However, that beauty comes with some nasty allergens.

Ash tree pollen allergies can start as early as January during unusually warm winters. However, this tree’s pollen season traditionally begins in April and tapers off in May.

The most common symptoms experienced with ash tree allergies include runny nose, coughing, congestion, sneezing, scratchy throat, itchy or watery eyes, and aggravated symptoms if you have asthma.

Similar to other tree allergies, common symptoms are treatable with over-the-counter antihistamines and other medications, like nasal sprays, that are formulated to treat specific symptoms. Long-term relief can be found with immunotherapy drops formulated to build immunity to ash pollens irritating your immune system.

Ragweed allergies are especially troublesome for central Texans and are commonly referred to as “hay fever.” Ragweed, like any weed, is persistent and prolific. Ragweed contains seeds that can irritate immune systems and cause severe allergic reactions in many people.

Ragweed typically affects allergy sufferers in the fall, beginning in late August and peaking in mid-September. However, it can stick around until the first frost kills it off, which in Texas can occur as late as January.

Short-term relief from these symptoms can be found through limiting time outdoors when the pollen count is highest, as well as with over-the-counter medications, such as antihistamines, decongestants, or steroid nasal sprays.

There are so many reasons to love Austin and its surrounding vibrant communities; however, Austin allergies do not rank among them. Temporary relief is available for common allergy symptoms through over-the-counter antihistamine medicines, steroid nasal sprays, or homeopathic drops designed to address common central texas allergens.

However, those seeking a more permanent solution can begin with Martin’s Wellness allergy testing to identify specific allergen triggers. The testing starts with the ten most common allergies in Central Texas, but we can test up to 40 upon request. Once the allergens are identified, we can create immunotherapy drops designed to increase your body’s immunity to specific allergens over time. We also carry a number of homeopathic formulations designed to naturally ease the cold-like symptoms allergies produce.

Contact Martin’s Wellness today to schedule your allergy testing or discuss the allergy relief supplements we have available to help manage your symptoms naturally this season.