Has Your Get Up and Go Got Up and Went? Part 2 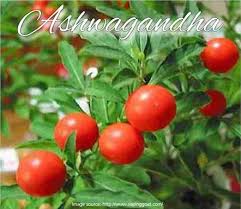 I read a human clinical trial study demonstrating the ability of ashwagandha to support healthy glucose and lipid metabolism. And traditional uses for ashwagandha also included support for healthy male sexual function. I might add that Ashwagandha should be avoided by pregnant women and because it belongs to the pepper family should also be avoided by individuals allergic to plants in the nightshade family. Another ingredient in Adapten-All  by OrthoMolecular.is Rhodiola sometimes called Arctic root or golden root, which is considered an adaptogenic herb as well. Rhodiola is still widely used in Russia as a tonic and remedy for fatigue, poor attention span, and decreased memory; it is also believed to make workers more productive. Then last but certainly not least the final ingredient in Adapten-All is eleuthero. Eleuthero is a medicinal herb and although it is also referred to as "Siberian ginseng," eleuthero does not belong to the same family as "true" ginseng. It’s traditionally associated with rejuvenating effects and the ability to promote endurance. Eleuthero may help improve mental performance in people with mild, stress-induced fatigue, according to a 2009 research review published in Current Clinical Pharmacology. Additionally, a 2004 study from Psychological Medicine, which involved 96 people with fatigue, each of whom received either eleuthero or a placebo for two months. The study found that eleuthero might benefit people with "moderate fatigue." However, the study also found that eleuthero was not effective for people with severe fatigue.